The Australian Basketballers Association (ABA) and Charity Bounce have established an Official Partnership to deliver effective community programs to inspire young people. The partnership has been developed between the ABA and Charity Bounce to facilitate opportunities for players to participate in community initiatives using basketball to deliver health, education, and employment outcomes.

With a focus on Aboriginal or Torres Strait Islanders and Culturally diverse communities, including newly arrived refugees, Charity Bounce aims to move young people toward a more positive future through the development of sports, the arts, health, education and employment focused social programs. The programs will be delivered in partnership with professional players to motivate change and inspire young people by providing access to ‘out of reach’ opportunities.

Jacob Holmes, the ABA Chief Executive Officer, said “It is a great opportunity for the ABA to participate in effective social programs that make a real difference for young people across Australia. What attracted us most to Charity Bounce is that they have been able to deliver great outcomes since they launched last year, utilising the game we all love as a way to inspire the next generation.”

The ABA recently partnered with Charity Bounce to deliver programs in Central Australia, where Kevin White from the Illawarra Hawks was joined by Townsville Fire player Darcee Garbin and NBL Hall of Famer Cal Bruton to inspire positive change in Aboriginal communities. The players delivered Stand Tall programs within the Nyewente and Ltyentye Apurte Aboriginal communities in and around Alice Springs and the Mutijulu community in Uluru.

Kevin said about the talent on show that “All they need is an opportunity. Some of the courts here, it’s just a car park with a hoop at the end. These kids might not have the facilities, but the talent they have is remarkable”.

The programs in Central Australia began 12 months ago through a partnership with Charity Bounce and the local Nyewente Basketball Club championed by Indigenous research fellow, Ricky Mentha and Wil Foster, a former Adelaide 36ers development player. The Stand Tall program was also delivered in the Mutijulu Community in Uluru on the court established ahead of the Rio Olympics by the Boomers national team, driven by NBA champion Patty Mills and the NBPA’s ‘From the Players’ program, support by the ABA.

Charity Bounce CEO, Ian Heininger, believes “the partnership provides a great opportunity to engage players in the Stand Tall strength based programs, using basketball as a means of engagement and providing an impacting experience that inspires participants on and off the court to set goals and be motivated about their own future.”

The partnership is intended to expand the reach across Australia through high quality social initiatives and deliver a best practice community partnership model. 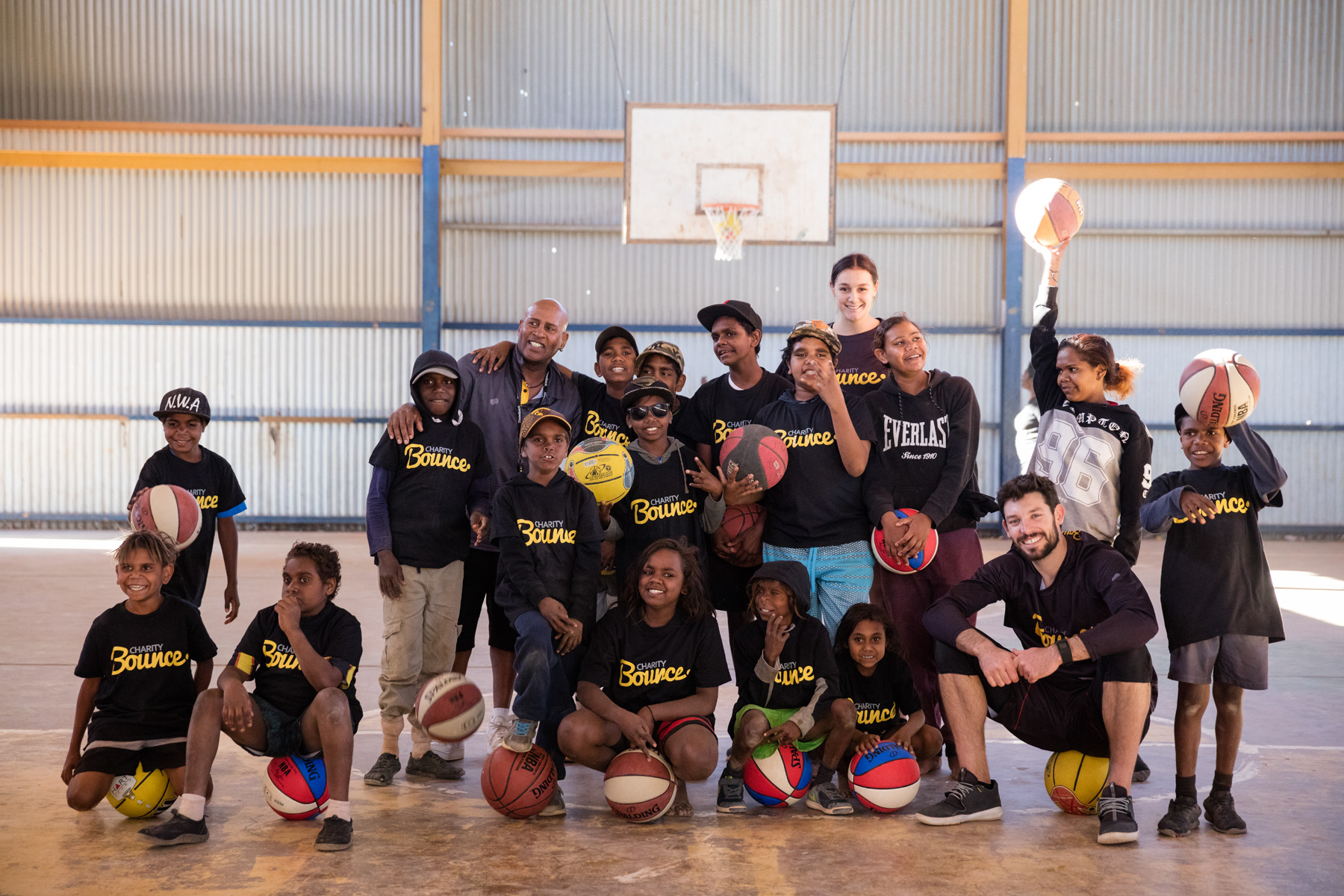