Charity Bounce is a not for profit organisation that exists to inspire positive change to overcome disadvantage for individuals and communities.  With a focus on Aboriginal or Torres Strait Islanders and Culturally diverse communities, including newly arrived refugees, we aim to move people toward a more positive future through the development of sports, the arts, health, education and employment focused social programs. The programs are delivered in partnership with professional sports, engaging professional athletes to motivate change and inspire young people by providing access to ‘out of reach’ opportunities related to the world of basketball and other sports.

Our strategic pillars for our programs in 2017 are:

Programs that address social issues through basketball related programs to inspire and motivate positive choices and support for those in need.

Programs for creative expression to address significant and social issues, providing opportunities to create through the alignment of sports, the arts and technology.

Programs that provide access to ‘out of reach’ opportunities to individuals and communities with a focus on education and employment pathways, including the development and expansion of young leaders. 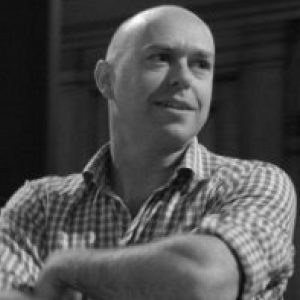 Originally working with homeless youth on the streets of Sydney, Ian has spent more than 25 years working in the not for profit sector and during this time went on to bridge the divide into the corporate space having now worked with 1000’s of people from homeless youth to CEO’s. Having worked with diverse communities, global companies, and professional sports, Ian always returns to his passion to make the biggest difference for those most in need with as much energy as he can provide, continuously striving to pioneer innovative programs for disadvantaged individuals and communities.
As one of the founders of Charity Bounce, he is still working on his slam dunk ability (with little improvement noted to date), but he is a firm believer that ‘When the world says, “Give up,” Hope whispers, “Try it one more time.” 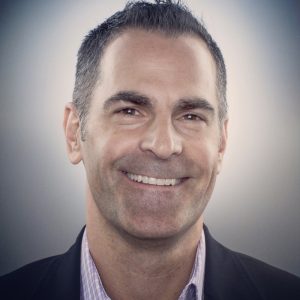 Bret Mactavish is the former NBL Head of Basketball Operations after joining the NBL in 2014 as the NBL’s General Manager of Operations, responsible for all basketball matters associated to the game including the NBL Commission, playing rules & regulations, referee program, tribunals and player contracting.

After three seasons with the WNBA, Bret joined the NBA in New York and served as the Director of NBA International Basketball Operations for seven years.  During Bret’s time at the NBA he was instrumental in the development, launch and delivery of the NBA and FIBA’s global basketball development and community outreach program Basketball without Borders.

Bret also worked closely with USA Basketball on their Senior Men’s and Women’s National Team programs and also served as an NBA liaison with FIBA and national basketball federations. 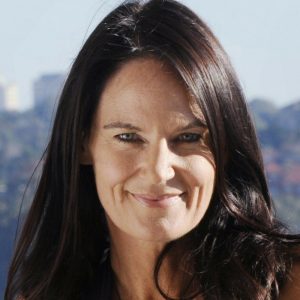 Arriving from a media, marketing and business development background, working with sports organisations, corporates and government, Sandra for the last couple of years has worked at the Sydney Kings and together with the Kings players engaged over 18,000 children plus their families with school and community programs.  She has also worked closely with sponsors and corporate partners engaging them with a love of sport and encouraging their support of some of the most gifted sportsmen in the country.
Having travelled extensively, also living and working in the UK and Asia, she has experienced other cultures while trying to improve a little of her business skills (and even her language vocabulary) each time she departs our shores. With her love of giving to those less fortunate, plus being sports mad (hitting a mean golf or tennis ball) she chose to join Charity Bounce because it combines both of her great passions. She says, ‘I am the lucky one.’ 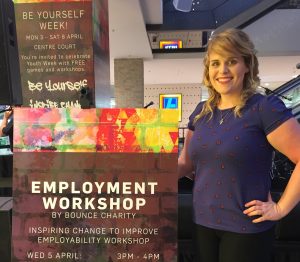 Anna is an experienced Youth Worker with more than 12 years experience and more recently with youth employment programs in both The UK and Australia. Anna has worked with hard to reach and challenging young people, including those with acute mental health diagnoses and corrective services. With experience mentoring young people she has aimed to address youth unemployment in some of the most challenging areas of the UK and Sydney.  Anna is driven to achieve positive outcomes always focussing on the needs of young people with a determination to overcome any barrier to employment. With a commitment to empowering young people she is big on providing practical support and helping young people dream bigger about their future. 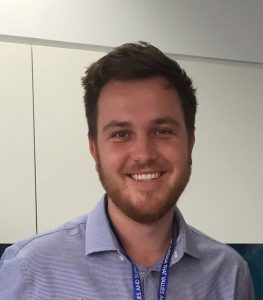 On the court, Josh is a passionate basketball player having formerly been a member of the Sydney Uni Elite Athlete Program, being awarded a Sydney University ‘Blue’ award for his achievements in 2014. Josh is also a dedicated coach having over 10 years experience in elite high school basketball programs across Sydney.

Off the court, Josh is qualified social worker with a range of professional experiences in the disability and youth sectors. Combining his two passions of basketball and social work, Josh is at home in the Charity Bounce team. A keen traveler, Josh has summited Mount Kilimanjaro in Tanzania, built houses in Colombia, and trekked the Inca trail in Peru. Since 2004, Joshua has enjoyed working for Not-For-Profits across a range of services including Homeless/Crisis, Youth & Disability, Domestic Violence, Work for the Dole & Criminal Justice Programs.

For as long as he can remember Joshua has also been basketball-crazy. Never the greatest player, Joshua made the switch to fantasy leagues a long time ago.

A Rescue Diver and shark lover, Joshua spent a large chunk of 2015/16 abroad – diving the best places Hawaii, North, Central and South America have to offer whilst also volunteering in both humanitarian and conservation projects.

After returning home to Sydney and linking up with Charity Bounce, Joshua looks forward to each day knowing he can blend his passions for basketball and the local community into one job. 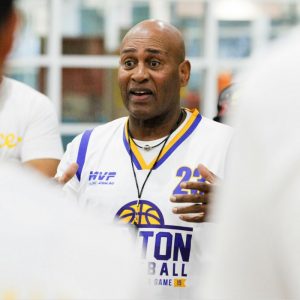 Calvin “Cal” Bruton also known as the “Black Pearl” is a former NBL Championship player and coach in the Australian National Basketball League (NBL). At 5’9 (175 cm) tall, Cal was one of the first and the smallest imports to play in the NBL, joining the Brisbane Bullets for the inaugural 1979 NBL season. Cal led all scorers in the NBL’s first year, averaging 33.2 points per game. In 1982 Cal was voted NBL COACH OF THE YEAR and in 1983-84 Cal was a 1st Team all NBL Allstar.  Originally an American import from New York City and later becoming the first naturalised Australian in the NBL, Cal helped the Brisbane Bullets win their first NBL Championship and represented Australia for the 1st time against a USA Pac 10 Touring team.

Cal also represented the Australian Boomers internationally at the 1986 FIBA World Championship in Spain and after returning from Spain, Cal helped the Brisbane Bullets to their 3rd straight Grand Final where they would be the runner-up to the Adelaide 36ers. In 1990 Cal coached the Perth Wildcats to their 1st National Basketball League Championship. As a result of those achievements, Cal became one of the first inductees into the NBL Hall of Fame when it opened in 1998 and he has also led the NBL in 3pt Shooting, Free Throw Shooting, Assists and Steals.Cal’s son CJ has also excelled in Australian Basketball playing in two Olympic Games and two World Championships whilst winning 6 NBL titles. Cal has 5 sons, 1 daughter and 4 Grandchildren where he resides in Canberra. 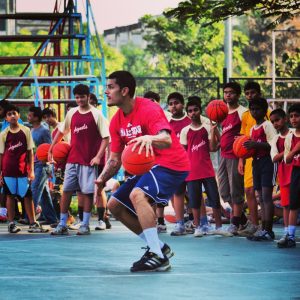 Eban Hyams is an Indian-Israeli-Australian professional basketball player, a writer, producer, actor, model and musician. He is 6 ft 5 in (1.96 m) tall, and plays point guard and shooting guard . He has played professionally in the Australian National Basketball League (NBL) and was voted NBL Rookie in 2006. Eban has also played in Israel in the first division Super League and the second division Liga Leumit. He is the first ever Indian national to play in ULEB competitions.

Eban was a late start to basketball at age 15, after earning a scholarship to attend College in Sydney, Eban was named captain of his school and it was here that he was introduced to basketball, eventually being selected to the New South Wales Combined Catholic Colleges (NSW CCC) state tryouts and going on to play basketball in a US college in Georgia and professionally in the years after.

Eban has worked with the NBA as an Outreach Officer throughout India to support and promote basketball and the league there. Based in Mumbai, he assisted in the administration of the Mahindra NBA Challenge amongst other basketball skills development and health education programs. Eban was recently invited to the NBA Development League National Invitational Tryouts in New York City where he competed with other NBA D-League hopefuls for a roster spot.

Want to get involved?  Connect with our community of Charity Bounce supporters.

Start your own campaign and raise funds for Charity Bounce.

Sign up to keep up to date with our latest events and community projects.