Jennifer Azzi shared from her personal experience to inspire positive change for the young women. Speaking from her own pathway to success Jennifer focussed on the power of a vision for your future, both on and off the court, and the importance of believing in yourself to ensure you take every opportunity to achieve your goals.

Jennifer and Blair have a global commitment to women’s basketball and making a difference through the sport with a long list of achievements including:

A huge thanks to Jennifer and Blair for their passion and commitment to empowering women through basketball across the globe and for taking time to inspire the young women in Sydney that joined them on the night. Listening to the on and off court wisdom of NBA Global Director Jennifer Azzi, which was a highlight on the night. 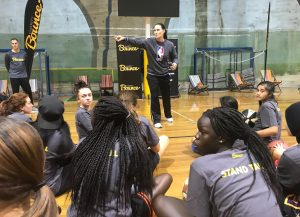 NBA Global Director Jennifer Azzi inspiring the young women to believe in themselves and keep a focus on their vision for the future. 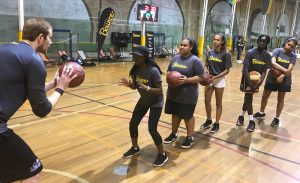 Sydney Kings player Tom Garlepp turned up to give some of his own basketball tips for the young women. 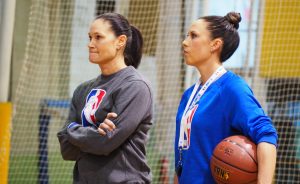 NBA Global Directors Jennifer Azzi and Blair Hardiek are committed to promoting women through basketball across the world. 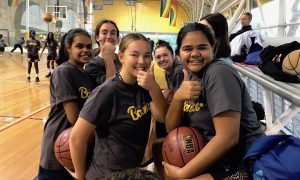 With 20 cultures represented on the night, it was great to see everyone working and having fun together. An amazing group of young women that joined the NBA Global Directors for the program.