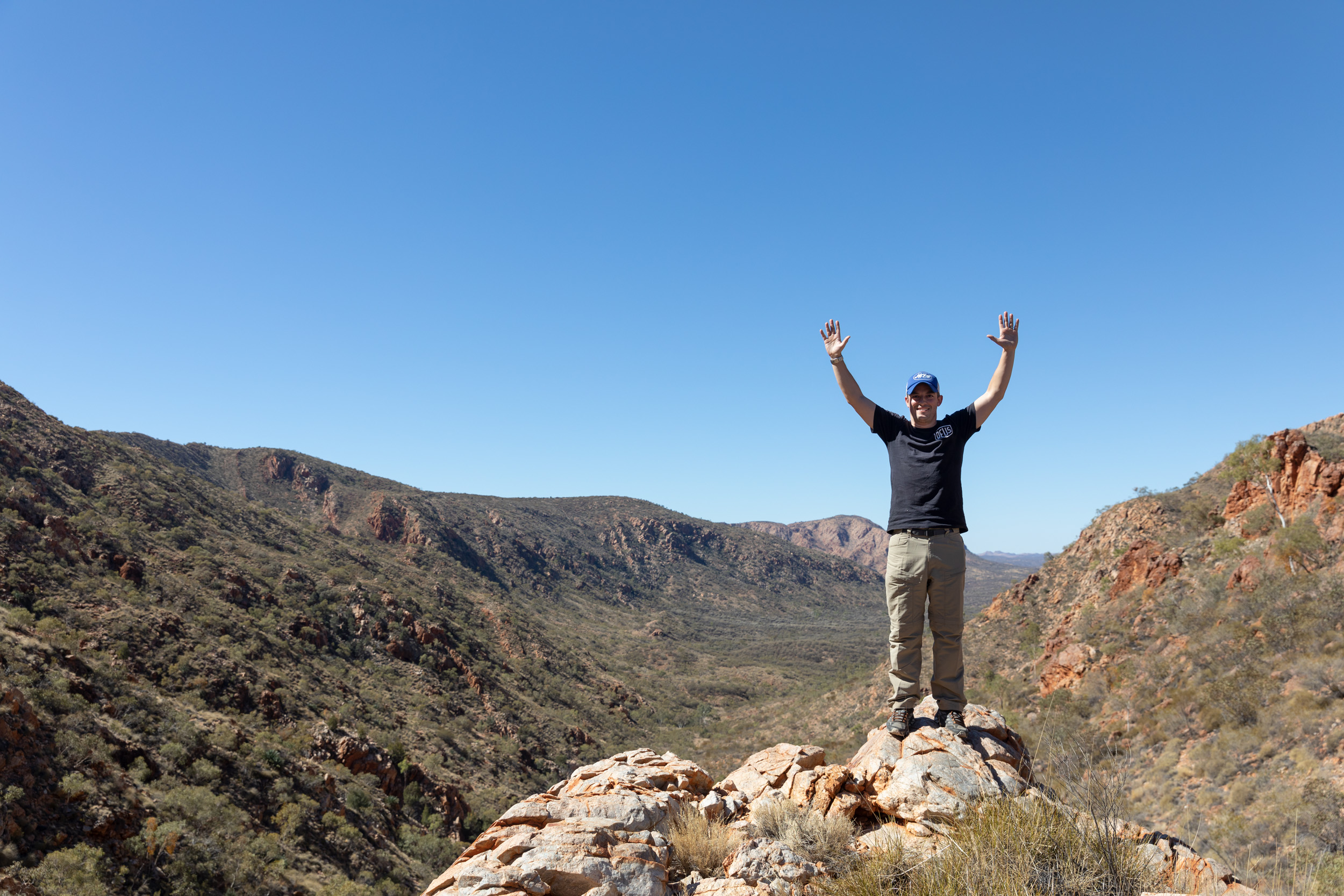 A big thanks to all our champion fundraisers who joined us this year to raise funds to support Charity Bounce community programs. After a week of programs in Central Australia with a former Harlem Globetrotter, 2 x Olympic medallist, NBL Hall of Famer, Celebrity Chef, and NBL team captain , we launched our Inaugural Larapinta Trek with a group of amazing people committed to raising funds to support the Charity Bounce programs in Aboriginal communities. It was an amazing time for the small trek team who have now raised over $33,000. The trek took place with NBL Legend Cal Bruton, Celebrity Chef Sean Connolly, and former Harlem Globetrotter Tracy Williams with 2 x Olympian Jenni Screen and Illawarra Hawks Captain Kevin White joining in on the fundraising efforts after delivering programs during the week in Central Australia.

Partnering with the only Aboriginal owned company the group was able to walk one of Australia’s most spectacular bushwalking and trekking experiences hosted by the communities we have been working with in Central Australia. Take a look at some of the photos from the trek.

There are already some exciting plans for 2019, with a planned trek in May 2019 as an opportunity to support Charity Bounce while enjoying a fun, immersive, educational and cultural experience by the only locally owned and operated Aboriginal tour company providing a deep and rich experience of Central Australia and Indigenous culture.

Register your interest in joining us on next years trek….

There is also still time to support one of our great fundraisers with 100% of funds raised supporting our Indigenous programs. Help us achieve our target of $40,000 by supporting one of our trek participants below…

Interested in coming on our next trek? If so, keep your register your interest and sign up to our newsletter as we continue to share some of the great moments from the trip and let you know how to join us next time.

Here are a few of the photos (thanks to photographer Jem Cresswell) from the trip…. Time for a lunch break. Every night was an incredible sight while looking at the stars while sitting by the fire. We even had time for a swim in a local watering hole…cold but refreshing. The Inaugural Larapinta Trek team with the Larapinta Culture crew. We look forward to working together into the future and will be back in May 2019.