STAND TALL AND ‘THE BLACK PEARL’ STAND TALL AND ‘THE BLACK PEARL’

Cal Bruton has been a great partner with Charity Bounce and has now taken on the role of  Stand Tall Program Director, with new programs soon to launch in Canberra.

The Stand Tall initiative consists of basketball and leadership programs for young people, with a focus on Indigenous and Culturally Diverse groups, including newly arrived refugees. This initiative aims to deliver the Stand Tall strength based programs to develop life and leadership skills, using basketball as a means of engagement and providing an impacting experience that inspires participants to set goals and be motivated about their own future. The programs include both on and off court activities including basketball skills & drills and health & well being and active lifestyle education. Stand Tall program participants enjoy inspiring and engaging activities and hear inspirational life messages delivered by basketball industry role models.

Calvin “Cal” Bruton also known as the “Black Pearl” is a former NBL Championship player and coach in the Australian National Basketball League (NBL). At 5’9 (175 cm) tall, Cal was one of the first and the smallest imports to play in the NBL, joining the Brisbane Bullets for the inaugural 1979 NBL season. Cal led all scorers in the NBL’s first year, averaging 33.2 points per game. In 1982 Cal was voted NBL COACH OF THE YEAR and in 1983-84 Cal was a 1st Team all NBL Allstar.  Originally an American import from New York City and later becoming the first naturalised Australian in the NBL, Cal helped the Brisbane Bullets win their first NBL Championship and represented Australia for the 1st time against a USA Pac 10 Touring team.

Cal also represented the Australian Boomers internationally at the 1986 FIBA World Championship in Spain and after returning from Spain, Cal helped the Brisbane Bullets to their 3rd straight Grand Final where they would be the runner-up to the Adelaide 36ers. In 1990 Cal coached the Perth Wildcats to their 1st National Basketball League Championship. As a result of those achievements, Cal became one of the first inductees into the NBL Hall of Fame when it opened in 1998 and he has also led the NBL in 3pt Shooting, Free Throw Shooting, Assists and Steals. Cal’s son CJ has also excelled in Australian Basketball playing in two Olympic Games and two World Championships whilst winning 6 NBL titles.

In Cal’s own words:

“BASKETBALL has the power to inspire, connect and change people. The opportunity to share that with as many people as possible is a true gift.”

Charity Bounce CEO, Ian Heininger said ‘It has been a great honour to have the likes of Cal involved in our programs since we launched in June last year as he is genuinely interested in making a difference and has a talent in supporting those who need a bit of inspiration both on and off the court’. Cal has delivered Stand Tall programs in Sydney and Alice Springs and his stories from his own experiences growing up and into basketball are always a favourite with participants. 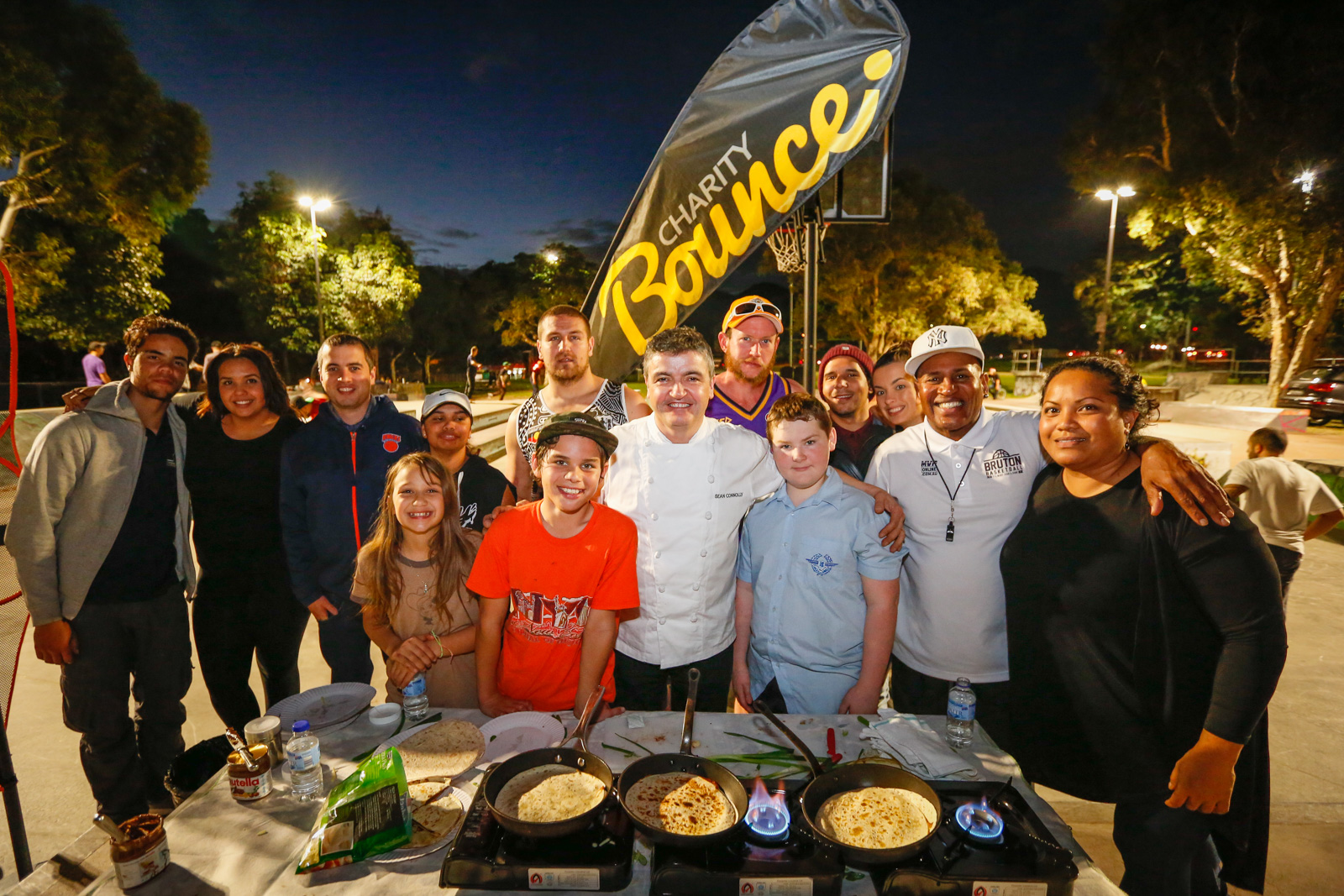