Rob Beveridge took some time out in Alice Springs with Adelaide 36ers player Kevin White to train Indigenous coaches and deliver community programs last week. Rob Beveridge is an Internationally recognised coach and along with NBL player Kevin White applied his skills to support Indigenous Coaches as part of a new initiative for the Stand Tall Central Australia programs.

The new Stand Tall Coaches initiative involved some hands on coaching experience for Central Australian coaches from Indulkana in Anangu Pitjantjatjara Yankunytjatjara (APY) lands. Delivering programs in Alice Springs and the Ntaria community, the coaches had practical hands on training in preparation for delivering programs with young people in their community.

The programs allowed coaching opportunities at a range of community programs led by Rob Beveridge and Kevin White before having an interactive coaching development session by Rob Beveridge to close out the weeks programs with Nyewente and Alice Springs coaches.

It was a great opportunity for the coaches to work with Rob Beveridge, who is a former NBL Championship Head Coach and has a long list of coaching achievements including:

The project links in with the Bounce Courts innovation project delivering low cost basketball courts in remote communities, including a 3×3 court established in Nyewente and a full court to be installed in Indulkana in July 2019.

The Stand Tall Coaching initiative aims to train up local coaches from these remote communities and equip them to deliver programs on the courts built through the Bounce Court innovation project. The Stand Tall initiative consists of strength based basketball programs for young people, to develop life and leadership skills, using basketball as a means of engagement and providing an impacting experience that inspires participants to set goals and be motivated about their own future.

The coaches will be engaged in their own communities and connect the Bounce Courts Innovation projects with on the ground programs to utilise the courts that have been built in remote communities for education and employment focussed outcomes. We are excited to launch the initiative and look forward to some great outcomes for coaches and participants in Central Australia. 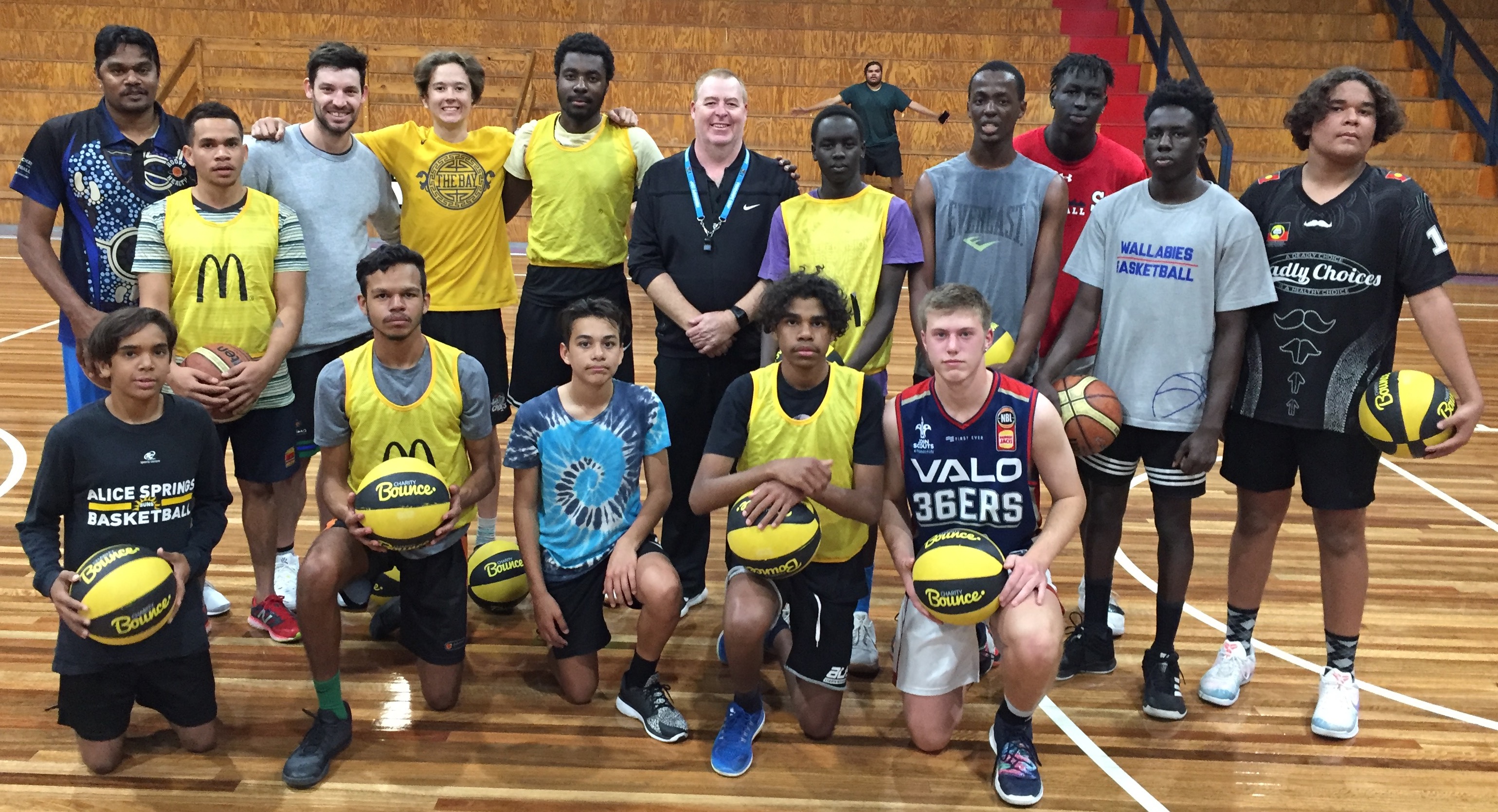 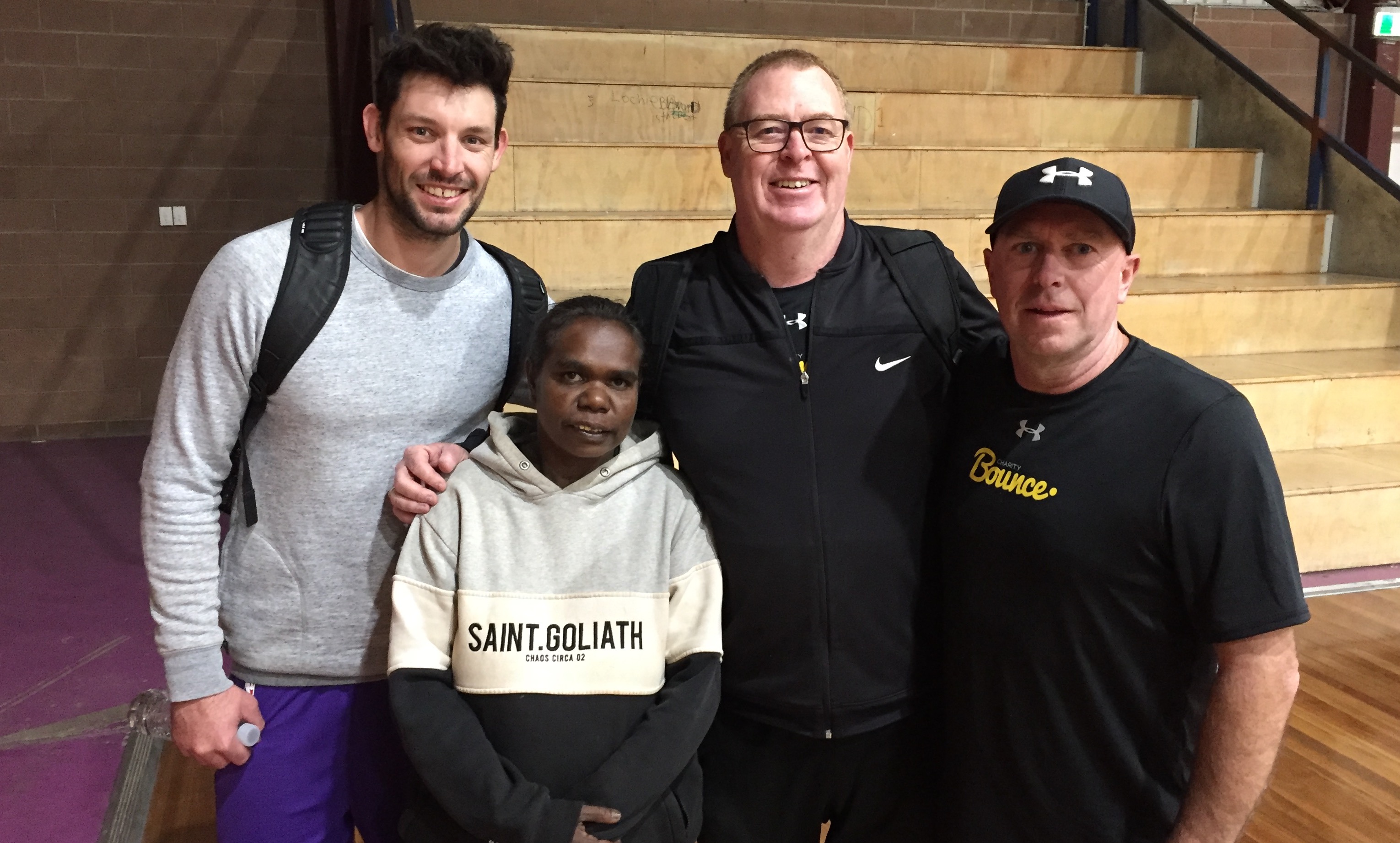 Stall Tall Coaches getting involved at the Stand Tall program with the Ntaria community.